Using the general-purpose analog inputs (channels 3 and higher) on the ZENSOL CBA-32P, it is possible to measure AC voltages where the peak-to-peak amplitude is less than 10 volts. It is necessary to assemble a special circuit to obtain the desired results.

If a transformer’s sine wave output is directly connected to an analog input, as shown in Figures 1 and 2, a basic problem already shows itself:

Figure 1 – Schematic of the basic circuit

Figure 2 – Photo of the basic circuit

Having deactivated the Relative and Auto-amplification options of the analog input used in CBA Win©, we observe the following: 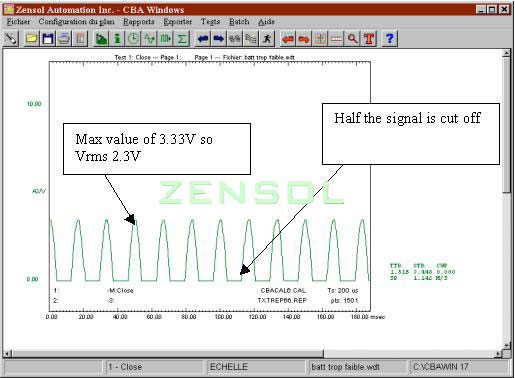 To see the entire signal, a battery has to be inserted in series to add an offset to the signal.

This offsets the curve by the amount of the battery’s voltage (in this example, the battery is at 6 volts).

Figures 4 and 5 show the connection of the battery into the original circuit:

Figure 4 – Schematic of the modified circuit 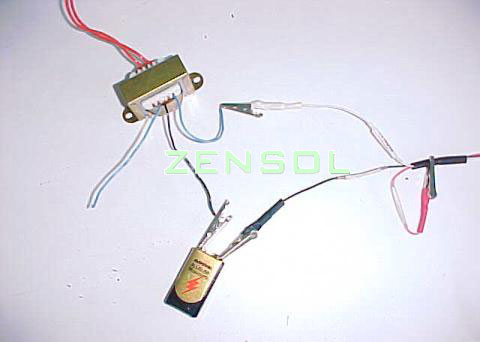 Figure 5 – Photo of the modified circuit 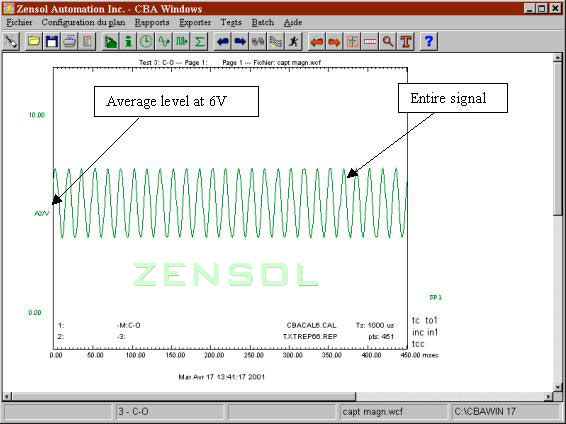 Care must be taken to choose the correct battery voltage in order to raise the signal to the right level.

Example: battery is too weak 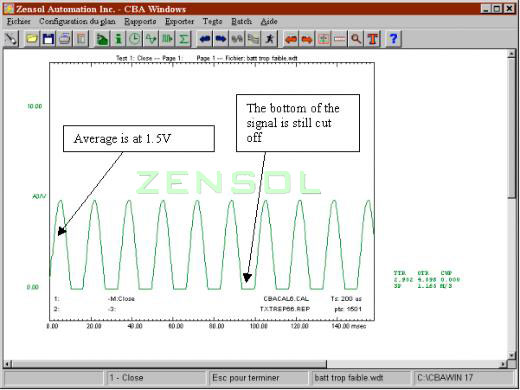 The signal was not sufficiently raised because the battery voltage is too low, and so the lower end of the signal is cut off. The average value is at 1.5 volts. So a battery with a higher voltage must be used.

Also beware of the reverse effect : one must not use a battery with too high a voltage. The example of figure 8, below, shows what happens with an 8.5 volt battery. 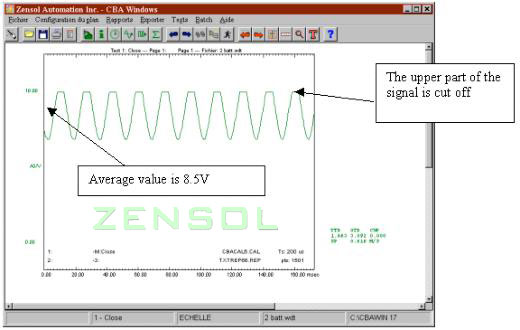 This time, the signal is cut off on the positive end. A battery with less voltage must then be used to see the entire signal.